Skip to content
Home/News/SFP Module: What’s It and How to Choose It?

SFP Module: What’s It and How to Choose It?

Optical transceiver is widely used to connect network devices like switches, NIC (network interface card) and media converters, which make them necessary in fiber optical connections. SFP module that has been an industry workhorse for over 15 years is going to be explored in this post, SFP module types and applications and how to choose suitable SFP module are included.

What Is SFP Module?

SFP module, also known as small form-factor pluggable or mini GBIC (gigabit interface converter), is a compact, hot-pluggable optical transceiver module which is widely used for both telecommunication and data communications applications. Its SFP port accepts both optical modules and copper cables. That’s why it’s developed and supported by many network component vendors. The SFP transceiver module is not standardized by any official standards body, but rather is specified by a multi-source agreement (MSA). And SFP module also supports SONET, Gigabit Ethernet, Fibre Channel and other communication standards. In addition, SFP has replaced GBIC in most applications because of its small size.

How Many Types of SFP Module?

DDM, DOM and RGD are common in SFP transceiver names, which make users confused. In fact, DDM (Digital Diagnostics Monitoring) is a technology which enables users to monitor real-time parameters in SFP modules like input power, output power and temperature. DOM (digital optical monitoring) is similar to DDM, allowing users to monitor parameters of the SFP transceiver. RGD means the SFP is a “rugged” grade transceiver that is well fit for industrial networking applications such as manufacturing automation, substations and smart transport systems.

2. What’s the difference between singlemode SFP and multimode SFP?

3. What’s the difference between SFP and SFP+?

SFP and SFP+ have the same size and appearance. The main differenceaa between SFP and SFP+ is that SFP is often used for 100Base or 1000Base applications, while the SFP+ is used in Gigabit Ethernet applications. And the data rate and transmission distance of them are also different. For example, SFP supports speed up to 4Gbps Fibre Channel transceiver, while the speed of SFP+ transceiver is up to 10.3125Gbps.

4. Can we use SFP hardware in SFP+ slots?

In many cases, SFP+ port accept SFP optics, but the speed will be down to 1G instead of 10G. However, SFP+ optics cannot be plugged into SFP port, because SFP+ does not support speed under 1G. In addition, almost all SFP+ ports on Cisco switches can support SFPs, but many SFP+ ports of Brocade switch only support SFP+ optics.

5. How to maintain SFP module?

Generally speaking, there are several aspects to maintain SFP transceivers.

What to Consider When Choosing SFP Module? 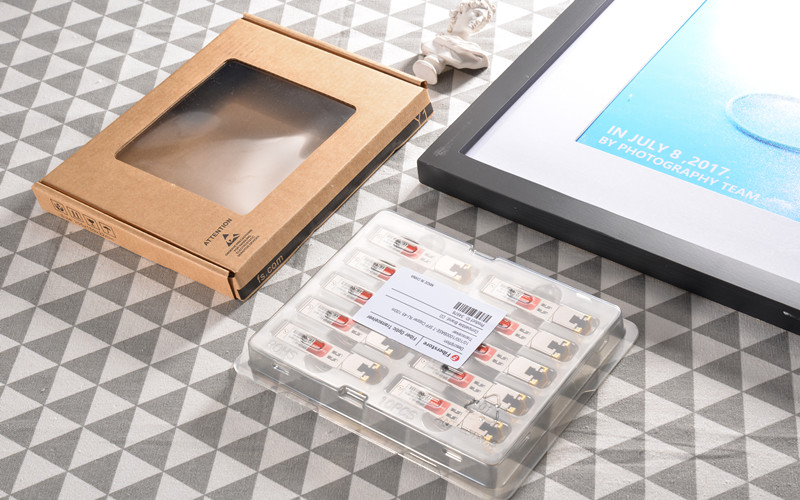 When purchase third party SFP optical transceiver, compatibility is often the most parameter users care about. Before place your order, you can check the vendors’ optics testing center to confirm whether the SFP module you choose is compatible with your devices. Or just ask the sales rep for details about the SFP transceiver compatibility.

There are both new and second-hand SFP transceiver in the market. Learn to discriminate them can avoid unnecessary loss. Usually the used SFP module may have scratches in its appearance and optical port, which is the basic method to tell from it. Besides, test the optical power, and compare the test result with the specifications is another effective way. If the result is much different, be careful, it may be an second-hand SFP module.

SFP transceiver module is mainly used in data centers or on switches where the temperature maybe different in a large range. Too high or two low temperature can affect the optical power and optical sensibility. Therefore, the temperature stability is an important factor to ensure SFP module work normally.

Nobody can ensure the SFP modules received are 100% normal. And the service life of optical transceiver is generally 5 years among many vendors. It’s difficult to tell the quality is good or bad in the first year. Therefore, choose a reliable vendor is important.